Mckenzie and Ashley Flanigan purchased the Rafter Y Ranch in 2013, where they began growing their Black Angus cow/calf herd.  Half of the year they focus on running their herd of All-Natural NHTC cows and calves, but when hunting season comes around, it’s all wild game all of the time.

Mckenzie has been hunting since he was a very young boy growing up in Heeney, CO on his parent’s cattle ranch with his three brothers.Splitting time working at his parent’s ranch in Heeney, CO and what is now the Rafter Y Ranch in Mack, CO, he became very educated in the cattle and hunting industries. Ashley grew up in rural Illinois with her parents and two brothers before moving to Colorado. There, she graduated from Bel-Rea Veterinary Technical Institute. She practiced at a local clinic on the western slope for 4 years before she left to work on the ranch full-time. Mckenzie and Ashley take pride in being good stewards of the land to ensure that the elk and deer populations continue to thrive. They are a family that love wildlife, love the outdoors, and love passing their family tradition onto their three young boys, Ryett, Hollis & August. Come join the Rafter Y family and enjoy our passion for the outdoors. 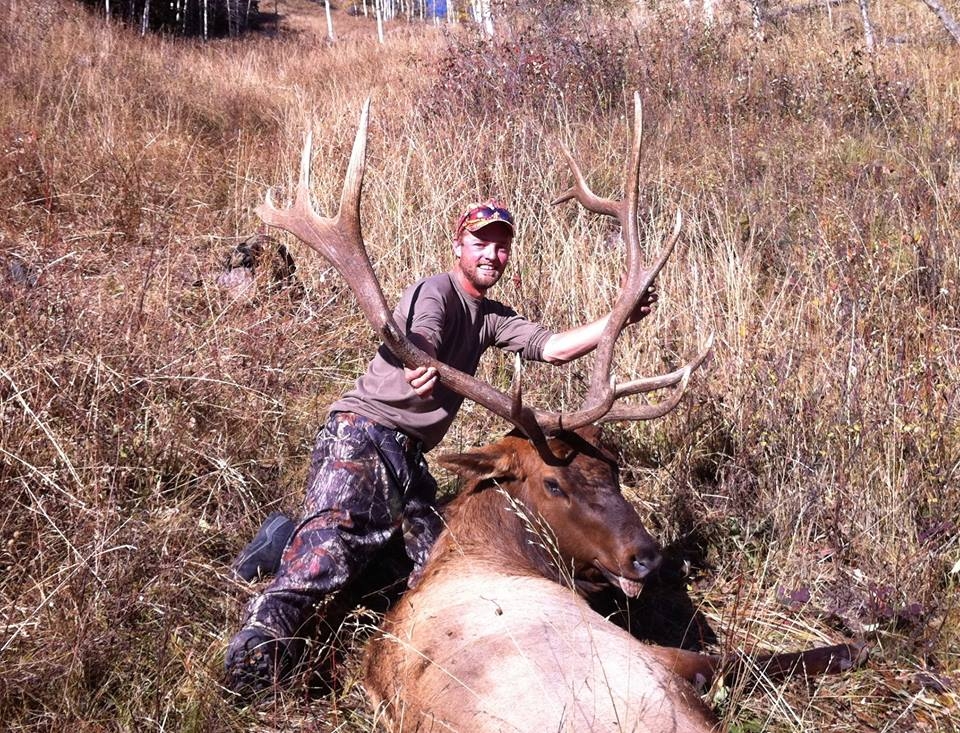 Mckenzie is the back bone to the Rafter Y Ranch.  His work ethic is like no other.  Nothing makes him happier than ensuring our clients have a hunt of a lifetime.  His guiding expertise will go above and beyond to take down your trophy animal.  He gets as much joy from a client taking down his or her dream animal as much as if he had done it himself. 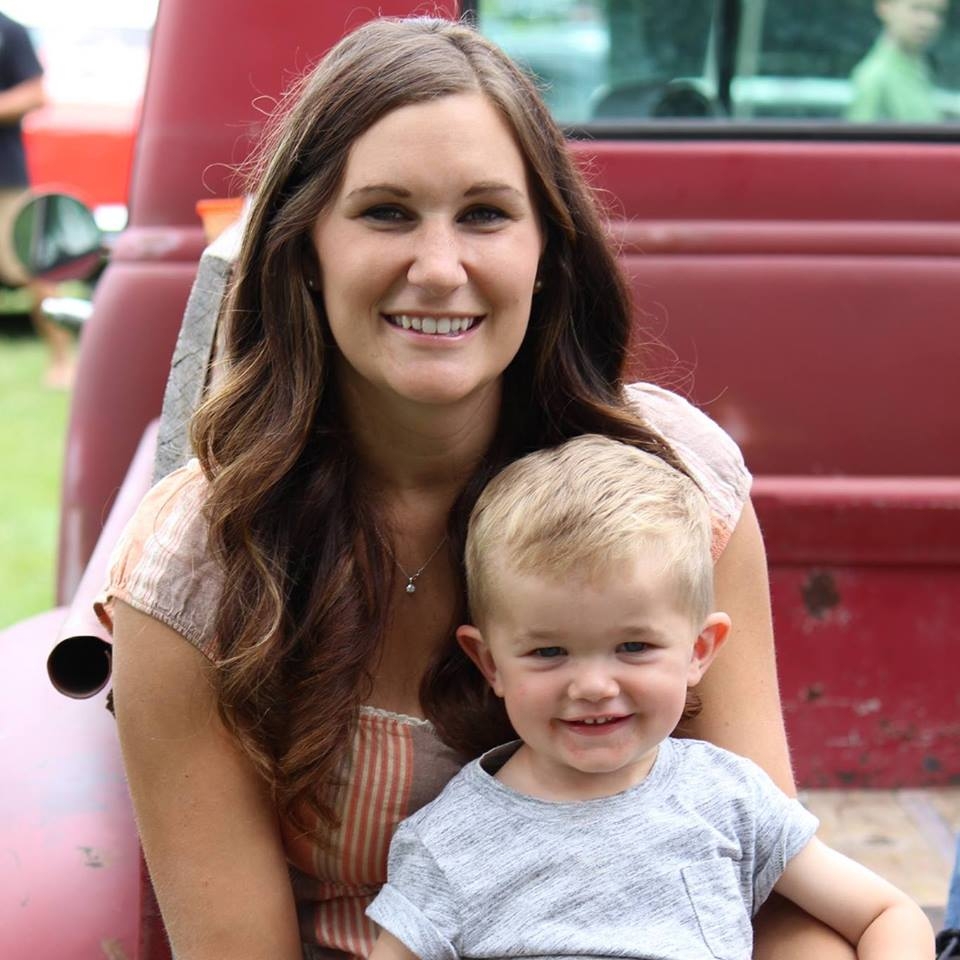 Ashley is the heart and soul of the operation.  When she’s not chasing her three boys around, she’s making sure your stay at the Rafter Y Ranch is exceptional.  She handles all of the marketing and scheduling.  She is also the one who will make sure your belly is full and satisfied with 3 delicious homemade meals each day.  It’s rare, but if time permits, she’ll sneak in some time to chase down some elk. 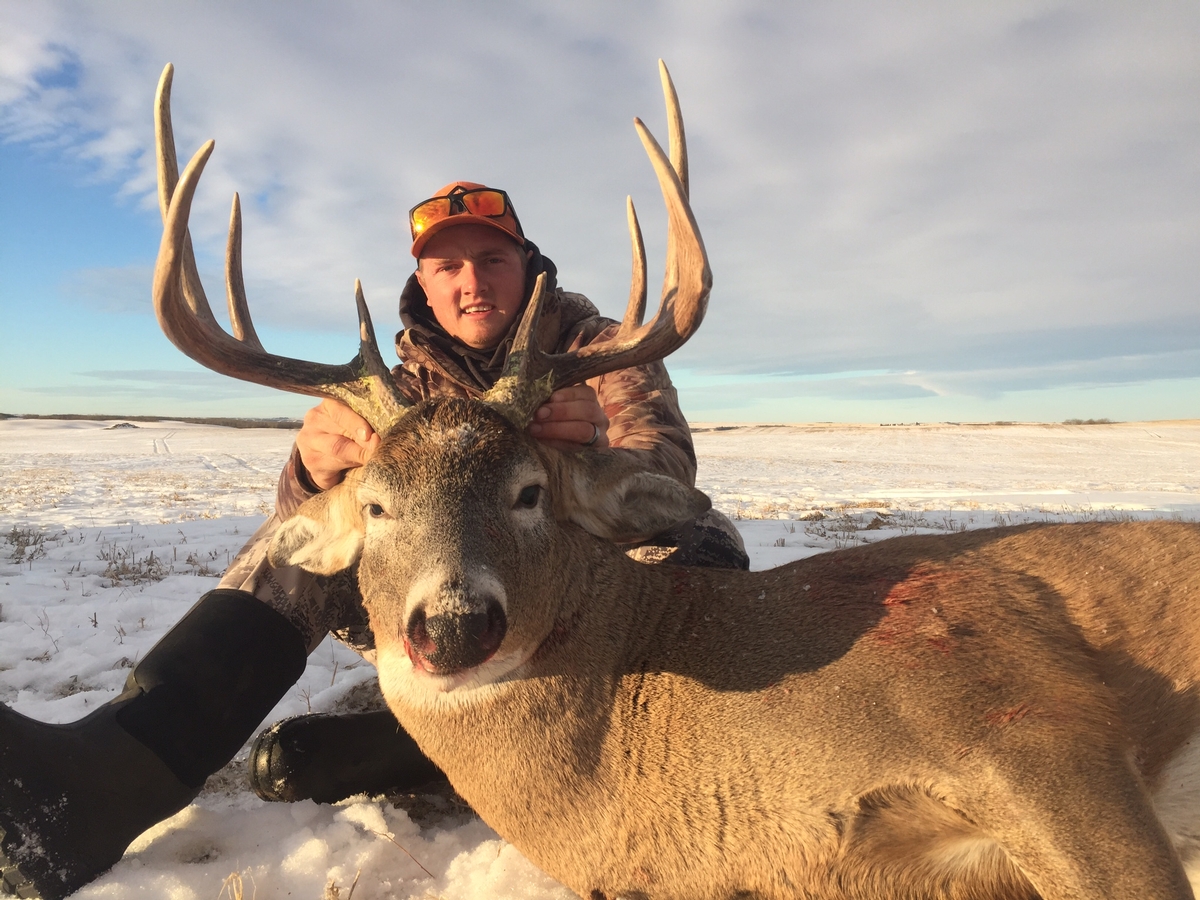 Fletcher and Mckenzie have been hunting together their entire lives growing up on their family’s ranch.  Fletcher has tagged the name “Billy Goat” by some on the ranch due to his incredible determination to scale to any mountain top to put a stalk on any animal.  Don’t be fooled by his kind-hearted nature and quite demeanor when it comes to hunting.  He cannot be stopped! 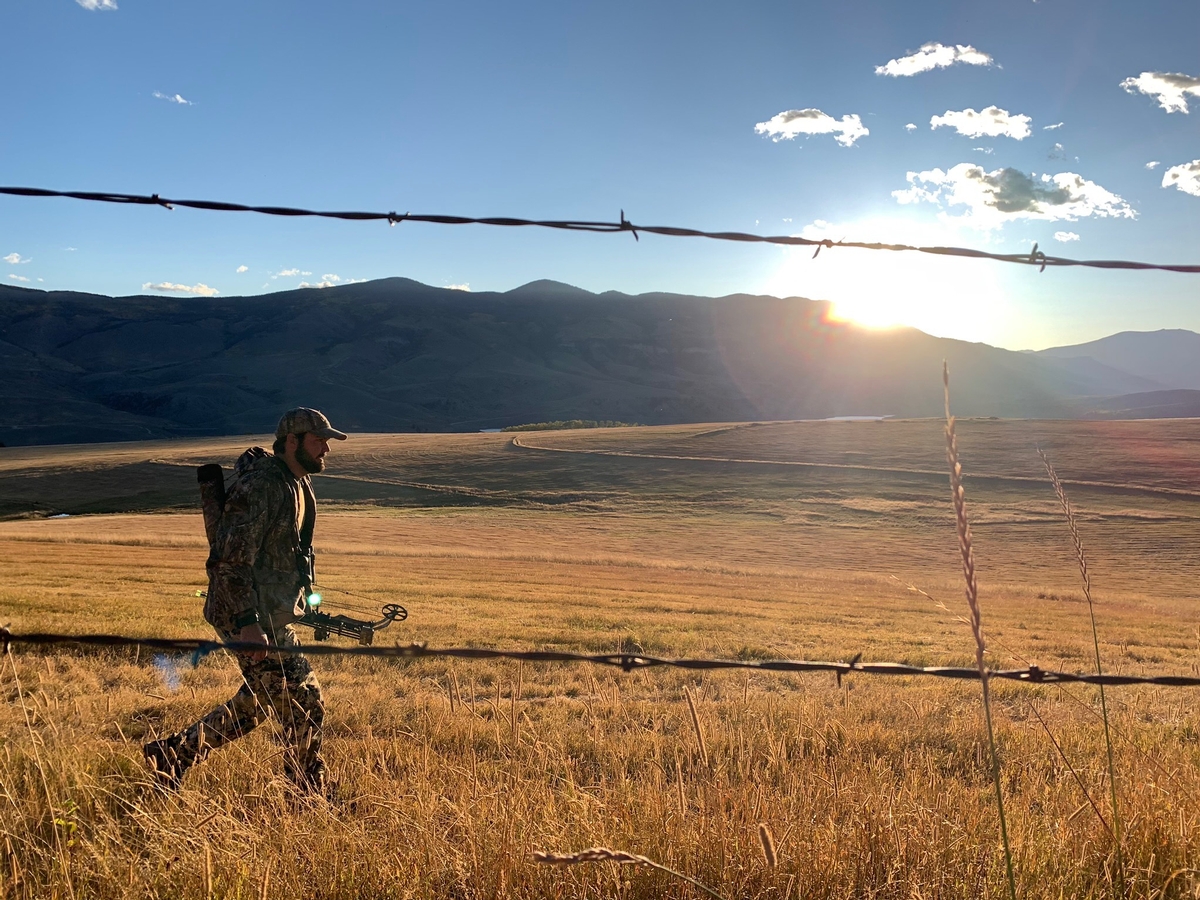 Hogan grew up chasing elk and deer on Mckenzie's family ranch.  Always outside, his passion for the outdoors continued to grow as he was raised in Colorado hunting, fishing, camping and skiing.  Dedicating much of his life to understanding elk in their environment, he loves watching his hunters get bug-eyed and shaky as screaming bulls come running in to their feet.  Hogan is always willing to go the extra mile to get the job done and is quick on the camera to capture the memories of the hunt. 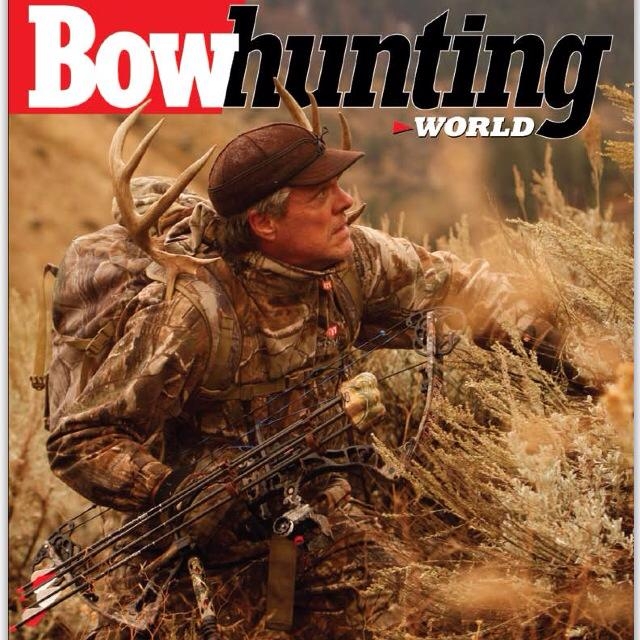 You name it, “Old” can do it.  When it comes to guiding, electrical, plumbing, carpentry, branding calves, pretty much anything at all, “Old” is your go-to guy.  Not only is he incredibly well-rounded, he has been hunting and guiding across North America his entire life.  He knows this country extremely well.  He’s been a part of the Rafter Y family from the very beginning. 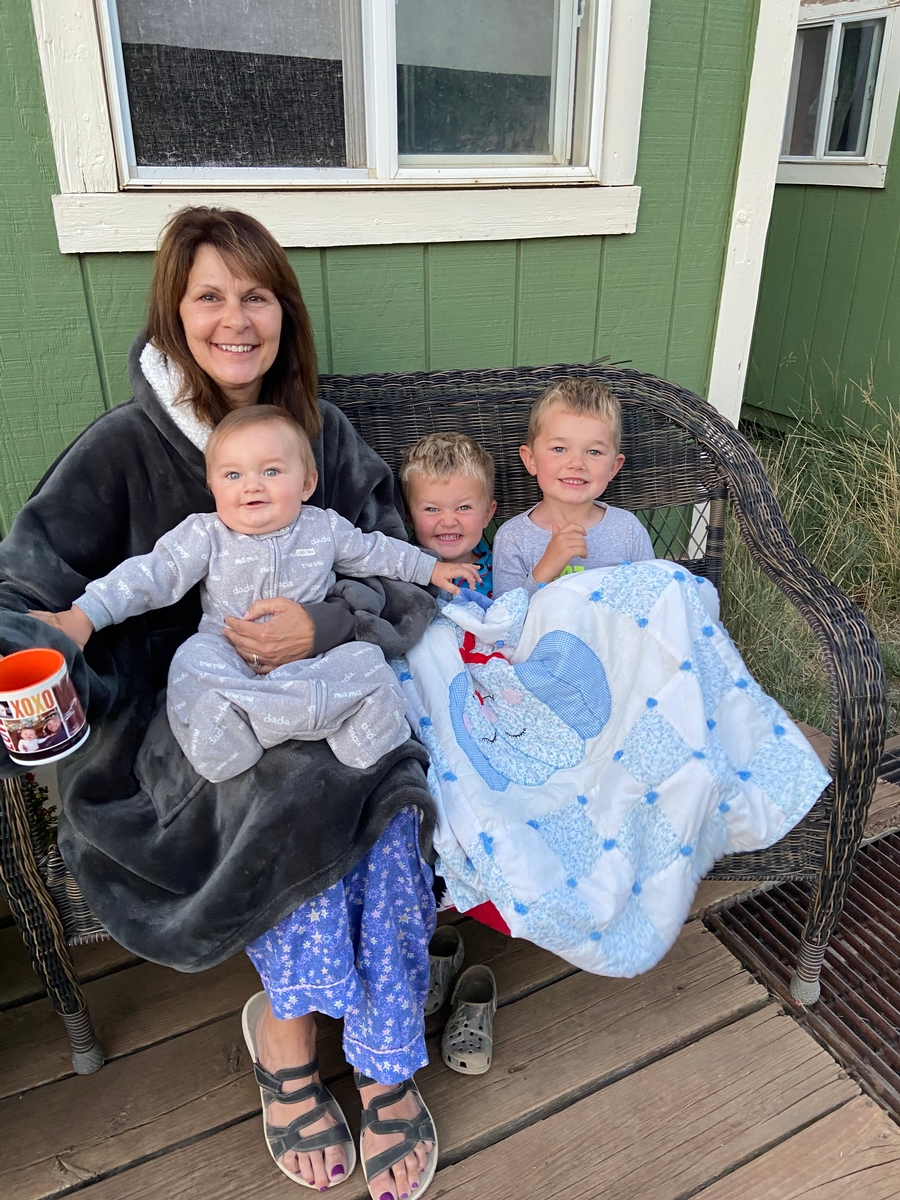 Linda is a large part of helping out on the ranch.  She grew up in rural Illinois with her husband and three children, one of which is Ashley. Now that her children are grown, she is better known on the ranch as "Grammy". She helps with everything on the ranch from cleaning, cooking, and chasing around 3 of her grandkids.  In her free time, she likes reading, playing with her dogs Eli (golden) and Ivy (lab), biking and running.  The hunting operation would not run the same without her.